“The hardest race you didn’t know you wanted to do!”

I have often suggested that the Castle Peak 100k could possibly be the toughest 100k in the country. We’ve had several participants that have run both Canyons and Castle Peak in the same year, and you would find me eagerly asking after a finish here in Truckee, “Which race was harder?” Most, if not all of these terribly sadistic runners, would unanimously agree that Castle Peak takes the top spot of suffering. And the Canyons 100k is no trail fairytale either, a 5 UTMB point 100k, rare for the distance, that doubles up the most difficult section of Western States. It’s a hard earned reputation, but our tagline for this year is well suited.

Peter Fain, the man I share race directing responsibilities with, is also the course mastermind, who meticulously, methodically, and some may argue maliciously, envisioned each painstaking climb, every meditative flowing single-track, and all vistas that would leave you breathless. He is simultaneously the Picasso and the Jigsaw (The Saw movie villain who would meticulously, methodically, and maliciously plot out each participant’s slow death) of trail running. Each year, Peter has somehow found more elevation to add, more technical terrain, and views that postcards wouldn’t do justice to. Our 2018 version of the Castle Peak 100k was no exception, and it might even be his Mona Lisa. A new Finish Line at Sugar Bowl Ski Resort, a Start Line you can camp at, newly groomed single tracks in Euer Valley, and a splash of elevation with some technical terrain here and there. This symbiotic relationship and harmonious blend of bliss and agony earned Castle Peak 100k the distinction of a Western States Qualifying Race for 2020, in addition to its 5 UTMB points! Our WSER blessing came shortly after a sleepless weekend, and a hectic race week after months of planning, meetings, and countless emails by our entire Race Management Team of Lesley Dellamonica, Tara Eckenrode, Diane Frederic, Helen Pelster, Peter Fain, and yours truly.

I’ve been doing a lot of reflecting since the conclusion of this year’s race as it’s had the biggest impact on me yet. So, I am going to bring you back to December 2014, when I was attending my first DPMR educational night after joining the club just a month prior. I faintly remember some blondie mo-hawked hair dude, welcoming the crowd and cursing like a sailor. Then some tall, gazelle looking guy, with long flowing, dark and beautiful hair in a ponytail started talking about snowshoe running and racing? WTF!?! After the nights’ events, I had met Helen, and expressed that I was interested in volunteering for any of the clubs functions……..Fast forward to present day Sean, and a Sean that is quite a bit more versed in the word “ultra” and with possibly less brain cells. In the span of four years, I was not only introduced to the world of ultra-running, I was also invited to join the DPMR Board, am now the sitting Vice-President, involved with, and manage 6 races, and have ran over 20 ultras, including the historic Western States 100 this past June. Now, if it sounds like I am patting myself on the back, I am. I never expected or could have predicted what this club and the Castle Peak 100k has done for me. Granted, this Race Directing business is like smoking a pack of cigarettes, and should come with a surgeon general’s warning, because it feels like it’s taking years off my life. But despite this, come race day, I couldn’t imagine doing anything else in my life. Between the volunteers who selflessly dedicate their time, and foolishly hike 630 lbs of water to remote locations each year, to the race reports, and runners sharing stories of their journey, and how WE gave them a memory of a lifetime, or even changed their lives. I am not quite sure I could put a price on this.

The 2018 version of Castle Peak 100k saw 143 eager souls toe the line, our biggest field yet. 108 of these 143 were able to overcome the day’s trials and tribulations and make it to the Finish at Sugar Bowl. This was the first time the race had broken 100 official finishers! I am not sure where the significance of this came or if there is one, but maybe it’s synonymous with the fabled distance we all aspire to achieve in this sport.

On the men’s side, 86 finished, with Tahoe local, Pat Parsel of South Shore winning in a time of 11:26:41. Last year’s men’s champion, friend and local, Erik Schulte of Reno, came in second with a time of 11:41:20, after battling neck and neck with Pat the entire race, with only a minute separating the two at most spots. Another friend, and local, David Melkonian of Reno rounded out the men’s podium in third with a time of 12:36:29. All results can be found here.

We had four, four-time Castle Peak 100k finishers this year. Each of them running every year Castle Peak has been in existence. Brent Konvalin, Ismael Macias, everyone’s favorite ultra-runner Steve Martelli, and our very own, the ultra-running legend, and 16-time Hardrock finisher, Betsy Nye all completed 400 kilometers of Castle Peak goodness.

Helen has provided us with a picture gallery that you can find here, and we will continue to update our website and the Castle Peak 100k Facebook page with links to race reports. But these are just some of the stories from this year’s Castle Peak 100k, because the best ones are left out on the trails. 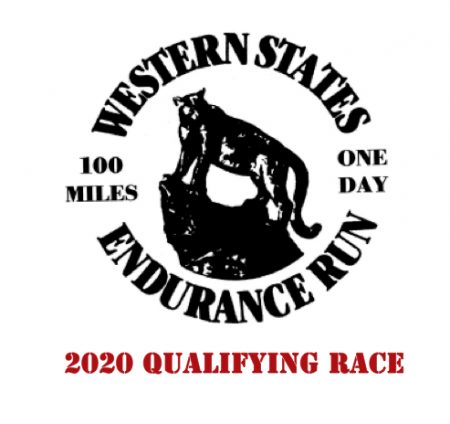 Editors Note: I would like to thank my entire Race Management Team, Diane, Lesley, Tara, Helen, and Peter. Not everyone gets to see the amount of work that is put in behind the scenes of this event. We are an all-volunteer group, that also have full time careers, families, and other responsibilities pulling us in every different direction. Each and every one of you go above and beyond to make this race happen, even taking on more when others are unable to, and I am honored to be part of this mostly female Team.