December 31st, a day to take stock or the year that was and to look ahead to the next 365 days.  Well, 2017 was quite a year for the Donner Party Mountain Runners and here are a few of our favorite memories.

Running on snow.  After a four-year hiatus, we welcomed Old Man Winter back to California in 2017 and with him came our Racing Gnome Snowshoe Races.  This event continues to be popular with Tahoe-Truckee locals as well as folks from off the hill and this year we had entrants ranging in age from 11 to 73!  Join us for the 2018 edition on February 4th at the Auburn Ski Club. 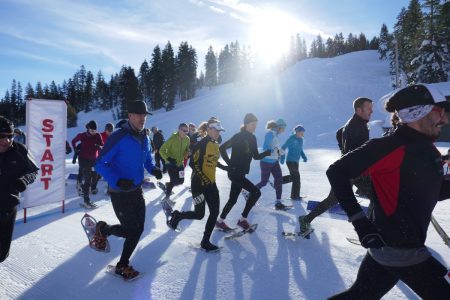 Getting strong now. Won’t be long now. Transitioning from winter activities to running can be hard mentally and physically, especially when the mornings are still plenty cold.  Gretchen Brugman’s Tuesday evening speed sessions in March and April offered tempos, fartleks, hill repeats and good company for runners of all abilities.  Peter Fain and Christie Jackson offered Tuesday morning and evening speedwork sessions from April to September on track and trail.  Speedwork will return to the Legacy Trail on March 13th!

Giving Aid.  We’re fortunate to be able to give back to our community with DPMR-staffed aid stations at several marquee NorCal races.  You could find us at Cal2 during The Canyons Endurance Runs, High Camp at The Broken Arrow Skyrace, and the Brockway BnB at the Tahoe 200.  We look forward to supporting those fine events in 2018. 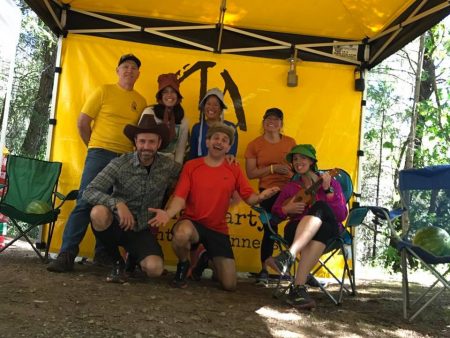 Memorial Day Picnic and Group Runs.  Our annual “friendraiser” has grown in popularity over the years and in 2017 we moved it to a new location at Prosser Reservoir that allowed us to accommodate more people and served as a great starting point for group runs.  We greatly appreciate the support the picnic receives from our friends at Tahoe Mountain Sports.  Make plans to join us on May 28th. 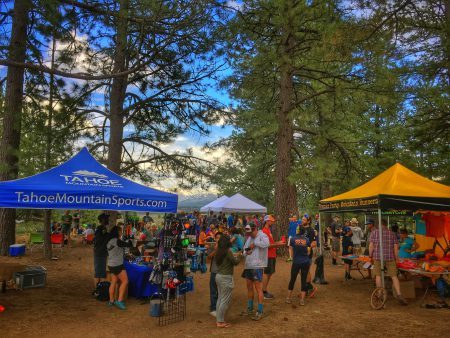 All Altitude. No Attitude. We must admit to taking some small amount of pride in our signature event, the Castle Peak 100k.  Putting on this race has been a rewarding experience for the club and we’re thankful for the support we receive from Salomon and the positive feedback we’ve received from participants.  In August we hosted a training weekend that featured three runs previewing the course for registrants and club members.  The event itself continues to grow in popularity and, while we think that the 2017 edition was our best yet, we are already excited for 2018 and the enhancements we have in store for runners.  Registration is open so get it on your calendar on August 18th!

No excuses, plenty of alibis. Chris led our 2nd annual pub run on October 21. This year, the self-supported 50k fun run began at Alibi Ale Works in Incline Village and followed a combination of single-track and fire roads to Alibi Ale Works in Truckee. Many DPMR friends, new and old, came out to run either the entire 50k (some ran this as their first 50k ever!), or 1/2 the distance, all finishing with a fun party at the brewery in Truckee. Watch for the 3rd annual edition in 2018!

Train Tunnels and Pies. We wrapped up 2017 with our annual Member/Volunteer Appreciation Party, held at the Donner Ski Ranch. The afternoon began with two group run options – either a running tour of the train tunnels, or a snowy Mt. Judah Loop. The celebration afterwards at the Old 40 Bar and Grill included pizza, beer, pies, and camaraderie.

Here’s to more exciting adventures in 2018!

This is a weekly “no-host unofficial” trail run that changes locations monthly. Well-behaved dogs are welcome.  Join us every Tuesday at 9:30 am for a social run on the various trails in the Tahoe area.[...]
View Calendar
Add