First of all, I’m what could best be described as a “casual runner.”  If I’m totally honest with myself, most of the runs I attempt in life are at the behest of my wife (now an official ultra-runner), and involve some pushing and prodding, or in some cases a simple “you’re doing this,” and off we go.  That being said, these sojourns have provided us with some of the most striking and rewarding natural experiences in our lives, whether it be bombing down the Chester River along sections of the Lake Superior Hiking Trail or slogging through waist high water in the slot canyons of Buckskin Gulch.  These are our “adventures.”

So, when I was advised that I would be partaking in the DPMR Member Appreciation Run, I frankly didn’t know what to expect, except that I would be running on some sort of mountain and that it would be with people who run a lot more than I do…and that I was promised beer and pizza at the end.

On November 11, 2017, my wife and I jumped in the Jeep and headed out.  As we were driving on Donner Pass Road I looked out the window and commented on a unique, but familiar sight.  Rising above the southwest corner of Donner Lake, and skirting the northern slope of Donner Peak are remnants of the Southern Pacific Railroad, notably a set of abandoned train tunnels (the train line was decommissioned in 1993 after 125 years of service to the area, purportedly due to the high cost of upkeep during the winter months).  I wondered aloud “what’s the deal with those tunnels?”  My wife turned to me and casually advised me that DPMR had organized runs through the tunnels in the past.  “What?”  That sounds like an adventure.  (Ok.  When I was a kid, I, as painstakingly as a 6 year old could, recreated the opening scene of Raiders of the Lost Ark in my childhood home, running and jumping from one end of the house to the other, over and over again.  That famous scene, where Indiana Jones has to outrun the giant boulder?  Check that.  That got the heart racing).

We arrived at our rendezvous point (the lot for Donner Ski Ranch) and I immediately started my extensive pre-run warm up routine of getting out of the car and cinching up my shoes.  Once I was finished, we said our hellos and waited for instructions (it should be noted that while I had partaken in other DPMR events, I had not, up to that point, actually participated in a party run).  Then our fearless DPMR leaders stated that the group would be splitting up with one of the groups “running the tunnels.”

The group split up, the head lamps were distributed, and I steeled myself for what lay ahead.  My wife saw the goofy smile on my face, and knew I was ready to go.  It’s time for an adventure and, I admit, my heart was racing.

The first tunnel we hit, Tunnel #6, is arguably the most striking and surely the most historically significant (some quick research revealed that the tunnel was a grueling 15 month excavation, completed by Chinese laborers, digging and boring by hand).  As you approach the mouth of the tunnel you’re blasted by cold air and ultimately darkness.  The jagged walls and ceiling make this an eerie and foreboding passage.  We all flipped on our headlamps and were quickly enveloped by the shadows.  The reaction of the group was palpable to me.  This was fun, this was creepy, and we were in this together to be sure.

Upon exiting Tunnel #6 you’re met with, what will prove to be one of many, spectacular views of Donner Lake and the surrounding peaks and valleys.  A brief snowy stretch of ground connects Tunnel #6 to Tunnel #7, which, upon entering, proves to be a very different construct, with an almost cathedral ceiling.  This is where we were really introduced to the, often ornate and varied, examples of graffiti art that cover the interior walls of the abandoned tunnels.

The next and longest tunnel, in our journey was Tunnel #8, a sweeping curve of a tunnel, nearly two miles long.  Slits in the walls of the tunnel allow outside light to illuminate the graffiti lined walls and the path ahead in sections, while we were plunged back into darkness but for the light coming from our headlamps.  We collectively passed through two more tunnels, one of which was so dark that I literally stopped me in my tracks just to get my bearings.  Upon clearing the final tunnel the group turned around and retraced the steps of our journey.  All in all, a great trip, just shy of five miles, and well within my capabilities as a seasoned “casual runner.”  DPMR, and my wife, brought me on a worthy and memorable trip.

Following our trek we all returned to Donner Ski Lodge (which should get its own shout out for having Bob and Doug McKenzie sitting above the bar) for the promised beer and pizza.  For the next few hours my wife and I had the pleasure of being surrounded by good people, good food, and a shared appreciation for adventure that thankfully didn’t include a giant rolling boulder clipping our heels. 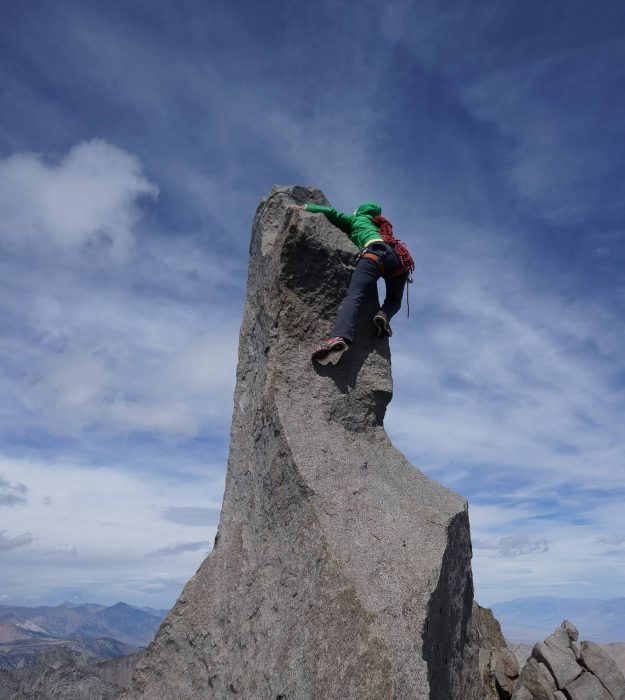 Come out and join Steve Buelna and the DPMR newbies crew for a Tuesday evening group run specifically designed for the beginning/newer runner.  This group run is part of an 8-week series (starting April 7th[...]
Apr
25
Sat
all-day Canyons Aid Station at Cal 2
Canyons Aid Station at Cal 2
Apr 25 all-day
Join the (Donner) Party on the storied Western States trail in support of all our friends running the Canyons Endurance Runs at Cal 2! (38.9739, -120.8602) We will need help with the following: __Setup (time[...]
View Calendar
Add