1:30 a.m. somewhere outside of Cool, CA, I lay an army green down jacket in the dirt, lay my pack above it and lay down on them both. My feet are in a pile of leaves and the dirt coats my legs like flour on pizza dough.

Complete relief is all I feel—knowing that I’m exactly where I am supposed to be and that I have hours before I will be expected to act any certain kind of way.

Green Gate Aid station at mile 80 of the Western sates Endurance Run is where I decided to sit myself in case my runner, Jodie, needed tape, or new socks, or a solid pat on the back after she crossed the American River at Rucky Chucky.

I left Foresthill, which sits at mile 62 an hour earlier, and hiked down the mile-and-a-quarter to Green Gate right after parking to give myself the most time to sleep. It was the first time I’d rested all day, and usually when I get to that point and I’m in some sort of stressful life event, I don’t sleep.

I stay awake and I go over all the things that could have gone differently or what else I could have done, the things I had done, and what prices I might have to pay for them later.

I fade into the magic and optimism of cheery voices and Christmas lights of the aid station. My eyes flicker and my lashes make a crispy swishing sound against the jacket and everything goes blank, erasing anxiety to write sleep and dreams on the board.

Michigan Bluff is always full of energy on the last Saturday in June around 9:30 p.m.

The cutoff for runners to get all the way through town (a block) and out of the check point is 9:45 p.m. crowds of spectators and crews and volunteers scream eagerly at runners to push through to just get out of the aid station where they can regroup once they’re officially outside of the space specifically reserved for regrouping.

Jodie runs through with a few minutes to spare and after trying to release her cramping adductors and giving some moral support, she ran up the road and out of town with her pacer.

I was a little worried, and knew that Jodie was fighting hard; I know she expected to be faster, but nausea kept her pace down. We figured some alignment issues might be her bane, but I guess we were wrong—the day and the course were enough.

I often work with the medical aid taping blisters, joints and muscles at Michigan Bluff, and out of the last four years, the feet were the worst I’d seen (outside of Tahoe 200). The snowmelt caused a lot of mud and water on the course, macerating the runners’ feet. For most it was either that or nausea from temperature-confused bodies.

It’s incredible how each of them has enough to say that you try to keep their momentum going when eyes are zoned out and hands are shaking.

I picked up my kit, and drove to Foresthill to wait for a few hours to see my friend for another few seconds.

My legs are screaming, but everything else is quiet before 5 a.m. on the climb up to the escarpment at Squaw Valley.  I’m walking with Lesley and Hillary and we chat off and on about injuries and gear and other snacks of conversation.

It feels absurd but comfortable and good to casually chat in the shadow of monumental things: the mountains surrounding us and we pick through the snow, and the mountains of tasks ahead of all of the runners a couple hundred feet below.

Every year when I drive into Squaw on States morning, and even the year I ran there instead, I feel my heart get big and I look toward the course and feel small, and usually I tear up.

When we make it to the top we are surrounded by friends and trailed closely by the sun, which is almost up.

I cheer for my friends who are racing so loudly another spectator asks if I’m for hire, but you can’t put a price on that shit.

Sean, Kane, Tara, Jungle Jim, Kathy and I all pile into Sean’s car and head down Soda Springs Road toward the Lyon’s Ridge Aid Station, mile 10 on the course and hike water up a snowy fire road past the point where our cars can go.

The drive is long and the walk is long but neither is 100 miles. It’s a small price to support the journey.

I spend a second looking at the ridges around us at the high point of the aid station, which feels like being backstage at a concert looking at the band from a different angle. I’d only ever gotten a good look at the pacific crest here from the other side, which is easier to access. I think about how it would feel to run here and look behind me, and the exciting thing is that I have no idea.

Inside of a stuffy portable in late May, over a hundred sweaty track athletes stack themselves in seats, against the walls and overlapping each other like a failed Jenga tower with the remaining floor space.

I am suspended in these things and they take over my brain so completely that it feels like work to see or hear anything else.

And then, in the hot, stuffy portable I hear something about running that feels somehow also way bigger than running.

Coach tells us a story about his dad who was running a race for 100 miles from Squaw to Auburn, and he talked about failure and what it was like to work for something and show up, and keep showing up even when it feels like the outcome you want is impossibly out of reach.

Because when you keep showing up, at some point you’ll see something you never considered to be possible.

And you automatically beat anyone who didn’t show up, including the version of yourself that could have tapped out.

I heard something drowning in pain and injury and illness that felt clear and magical that I now understand is pretty rare. I heard a story about dirt and mountains where a race becomes pure persistence and survival.

It sounded like a way to wash clean of scales and vomit and beating my shins into hard dirt left turns.

I wake up at 4:30 a.m. with bugs in my face and sticks in my hair and for a second I can’t remember where I am. There’s a sliver of pale yellow on the horizon and I get cell service that eluded last night.

I see Jodie had to drop and my heart sinks with empathy of broken dreams.

I text her, hoping she’s ok and sleeping.

I have some choices. With the next 6 hours before I have to go to work, I can go to the finish line, or leave and rest somewhere else.

I hike back to my car, load it up and drive past the track to 80, and home to Winters.

Watching the start is my favorite tradition every year, I’ll show up no matter how I feel, for open sky at the top of the race, when standing on the edge of future wins and losses feels infinite.

The finish line I’ll save for the moment I cross it. Absolution or not. 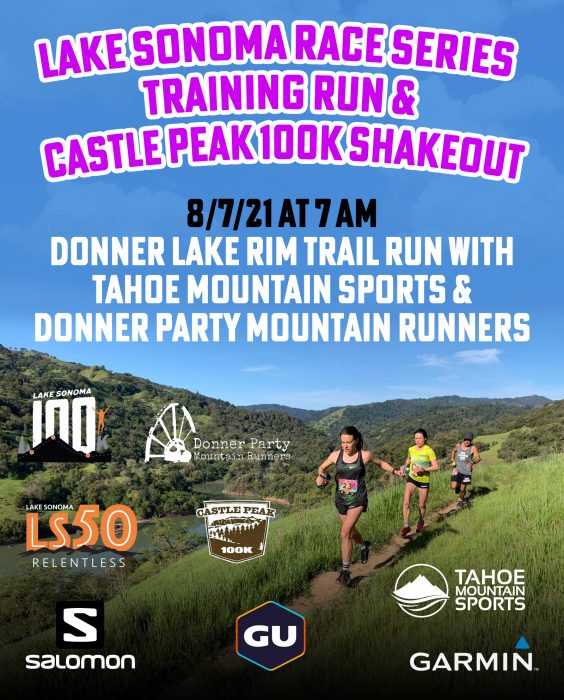 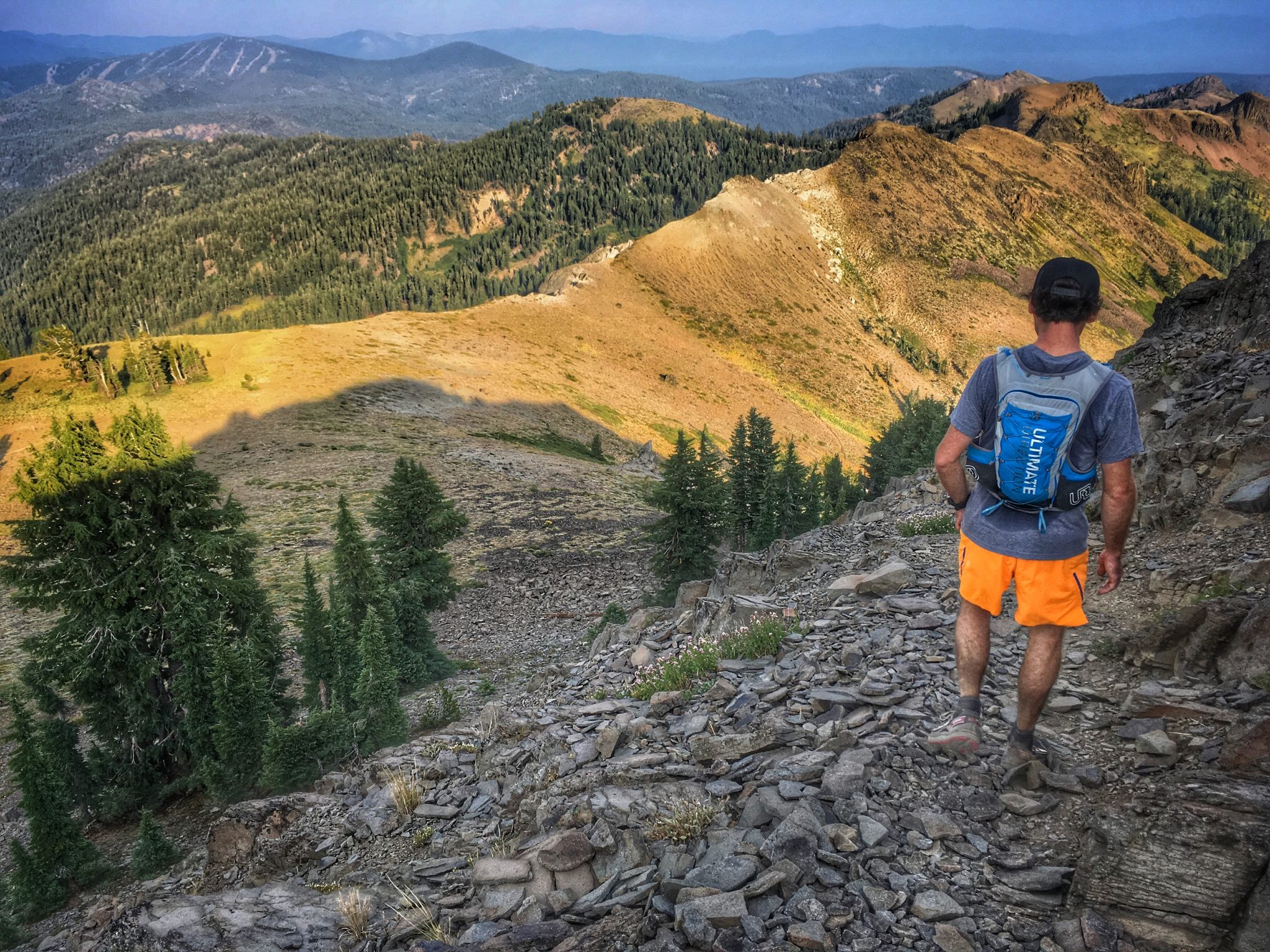