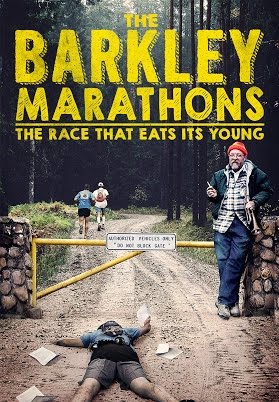 The Barkley Marathons – The Race That Eats Its Young

Where: Moody’s Bistro and Beats in downtown Truckee

Also celebrating all of our 2016 Castle Peak 100k runners!

The Donner Party Mountain Runners are hosting a screening of The Barkley Movie, the critically acclaimed documentary about one of the world’s most unique ultramarathons.

A famous prison escape sparks the idea for a cult-like race that has seen only 10 finishers in its first 25 years. This award-winning, oddly inspiring, and wildly funny documentary reveals the sports world’s most guarded secret.

Every year, 40 international runners descend upon a small town in Tennessee to test their mental and physical limits against the Barkley Marathons. Devised as a mockery of James Earl Ray’s historic prison escape gone awry, the race has seen only 10 finishers in its first 25 years. The race’s co-founder, Lazarus Lake, is as weird, unpredictable, and irresistible a character as the idiosyncratic event he has created. With a secret application process, unknown start time, and treacherous terrain, the Barkley has gained cult-like status with ultra-runners and amateurs alike. This award-winning documentary invites you to the sports world’s most guarded secret; where pain has value, failure is spectacular, and it only costs $1.60.

START DATE TBD!! COME BACK FOR UPDATES This is a weekly “no-host unofficial” trail run that changes locations monthly. Well-behaved dogs are welcome.  Join us every Tuesday at 9:30 am for a social run on[...]
View Calendar
Add