During a recent work trip to Fairbanks, on a whim (2 days pre-race), I decided to sign up for a the Gold Discovery Run, a 16.3 mile race where Felix Pedro discovered the first major gold deposits in the area in the early 1900s. The point to point run commemorates his discovery and the major boom in Fairbanks that followed. I felt somewhat prepared, as I had completed a 25K trail run a few weeks back, but the elevation put a few butterflies in my stomach. But not many opportunities come by to do a race in Alaska so I figured why not?

As we boarded the school buses to take us to the start, my seatmate Steve and I began to chat. Apparently us Midwesterners are drawn to each other. He was also on a work trip, traveling from western Minnesota. We discussed the hills and the terrain and the challenges of training for a race like this (or I suppose in my case not training) in a relatively flat area. A race organizer interrupted our chat with the question “how many of you are new to this race?” When 10+ runners raised their hands he got a troubled look on his face and began to stumble through descriptions of the trickier parts of the course and areas where you could get easily lost. He ended by suggesting any new runners not lose sight of the racers in front of them. Very reassuring.

We started the race on the edge of the massive Fort Knox gold mine, one of the largest open pit mines in Alaska. While satellite imagery shows it as a daunting footprint on the landscape, it was masked to us by a thick carpet of fog and I only caught glimpses of the mine as the rocky trail wrapped around it. The trail gently descends for the first mile before starting the first climb to the Gilmore Dome. My legs were already feeling fatigued, and I was feeling the effects of the elevation, the field work I had been doing all week and my healthy daily dose of Alaskan IPA, but I pushed on.

I had a few things in my favor, the excitement of running a race in Alaska, mild temperatures and low humidity, and the post race beer and BBQ at the Silver Gulch Brewery (Alaska’s northern most brewery). I chatted with fellow runners as the course continued up and down the terrain. My new friend Travis snapped a few photos of me along the course and helped motivate me to keep moving.

Around mile 6 the trail turns to dirt road, and my energy level was low. I consumed my one and only Gu and broke out the Ipod, a vice I often save for the last mile of a race and have not had to turn to for the past few races. It gave me the boost I needed but I also knew I had many more miles ahead of me.

After a couple of gentle miles the pavement begins shortly after mile 8. The bulk of the climbing is done at this point and its time for the major descents to begin, albeit a few short climbs which I was now forced to walk due to my tired legs. The course has around 1600 feet of climbing and over twice that in drop, much more elevation change than this flatlander from Michigan is used to.

Hitting the pavement was a relief, because it was the half-way point, but almost instantly my quads began to burn. This was not going to be fun. I tried to ignore the mounting burning in my legs and concentrate on the cabins set in the rugged terrain with awe inspiring views. I fantasized about living in a remote cabin in the interior of Alaska, with moose sightings and views of Denali a daily occurrence, but the reality of building a house on permafrost, trucking in your water and enduring frigid winters also came to mind. This helped somewhat, but still my legs burned, I was running low on water (apparently the aid station at mile 11 does not exist) and was regretting the decision to pack only one Gu. Oops.

The course was beautiful and coming up on Mile 13 I began to catch glimpses of the valley below. Breathtaking, but also painful as I scoped out how much descent remained. At mile 14, after a steep drop, I arrived at the last aid station and drank Powerade to reenergize. The last 2.3 miles are along major roads, so I distracted myself by thinking of driving through Alaska as a long haul trucker. I had the right hat for it after all. I struggled more than I ever have in a race over those last miles. I usually save a little for the end, but my legs were not having it. I felt as though I was giving it my all, but really only mustering 11 minutes miles at best.

As I crossed the finish line right at my goal time of 3 hours I struggled to stay upright. Limited water and not enough Gu left me completely exhausted and nauseous. I made it half way to my checked bag, where I had stashed a Clif bar, before having to sit down and put my head between my knees. My bag was so close, yet it was on the other side of the tent where the BBQ was in full force and I feared I’d pass out in the middle of the group causing an embarrassing scene. After about five minutes, bound and determined I rose, grabbed a Coke half way to my bag which I immediately opened and chugged and staggered to the Clif bar. What sweet relief it was.

After getting some energy, I made my way to the grill line where I waited for a hamburger. Waited much too long, and was hit by dizzy spells every 30 seconds or so where I was forced to bend over and steady my mounting nausea. Finally I filled my plate and attempted to drink a cold IPA as awards were handed out. My 10:47 min mile pace paled in comparison to the winning male (5:37) and female (6:50) pace, but these runners were out of my league. 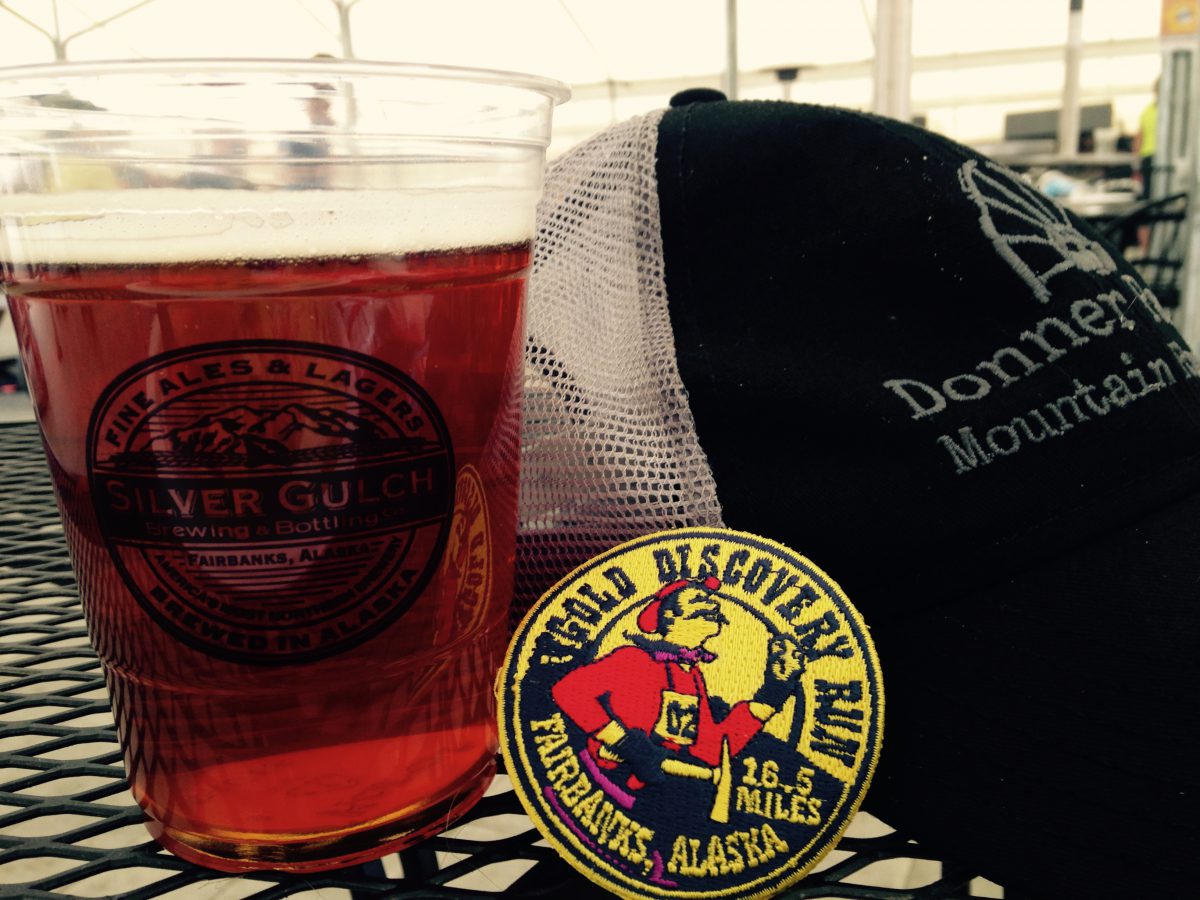 All in all, it was a great, mostly organized race with mile markers along the course and clear markings, despite the early warnings we received. And you can’t beat a great party at a brewery to top off a tough race. Oh, and for my Midwesterner friend Steve, who I assumed would be hobbling in around the same time as me? He finished first in his age group, coming in under 2 hours. So much for my flatlander excuse!