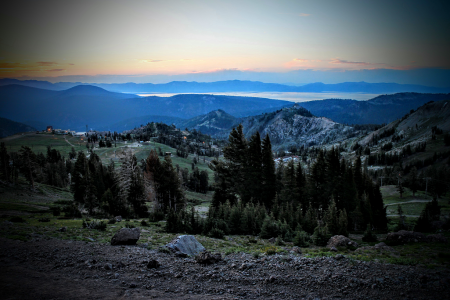 The Western States 100-mile Endurance Run did not disappoint this year. The race always promises heat and competition, and it wasn’t short on either. Temperatures were in the 90’s in Auburn, which means the canyons were smoking, and the competition was fierce, especially on the women’s side.

In the front of the women’s pack, first time WS runner, and first time 100-miler, Magdalena Boulet won the women’s race after taking the lead from Stephanie Howe before Foresthill, and finished in 19:05. Kaci Lickteig ran a smart race to take second in 19:20, and Stephanie Howe rounded out the podium in third in 19:32.

On the men’s side, Rob Krar ran a very calculated and focused race, also taking the lead coming into Foresthill, and never coming close to giving it up. He toyed with the course record all the way to Robie Point, and finished with the second-fastest time in course history, 14:48. Seth Swanson assumed a familiar spot in second place just after Foresthill School and held that position to the finish, in 15:17. It seems the real fight for the men was for third, as the young Jared Hazen had to fend off Gediminas Grinius, who caught up to, and led Jared over No Hands Bridge. But Jared made a final push up the climb to Robie Point to claim the last spot on the podium. You can read a better account of the front end action over at iRunFar.

But enough about them, let’s get to our own Donner Party Mountain Runners! Each of these 11 brave souls set out on an adventure to make it to Auburn. Seven made it, and four were forced to call it quits. All are warriors.

Here’s how they ended up on the day, in order of finishing times:

Skip Crockett sure led the pack! What an incredible race for Skip, cutting almost 90 minutes off his previous WS time, finishing in 18:07 and placing 13th overall! Skip credits his relentless advancement in the field to his coach, Peter Fain, and says “there’s no way I would have cracked the top 20 without him.” By the looks of this picture, he was focused and committed, and it paid off (or Peter is just using a cattle prod that we can’t see).  Nice work, amigo!

Jennifer Hemmen ran an equally incredible race her first time at States. She placed 15th woman in 23:22, with great race execution. Wow that is impressive. Great job getting the silver buckle! You can find her race report right over here.

Kelly Barber battled some health issues leading up to the race, but was able to be among those who crossed the line on the Placer High track. His time was 26:37, and his race report is here. Great work Kelly!

Next up was the 28 hour group, lead by Mike Kreadon in 28:01, Jason Dumars in 28:36, and Tina Hyde in 28:39. Tina said that she had an amazing day out there, and can’t thank all of the volunteers enough. Read her race report right here. The final DPMR finisher was Bill Hunter in 29:28, besting his previous finish in 2009 by 10 minutes! Bill, as with all of the other DPMR’s I spoke with, had a remarkable appreciation of the volunteers and fans at this race. Please read his race report here.

Although they did not make the finish line in Auburn, Kynan Matz, Laura Matz, Claire Price, and Paul Sweeney are all tough and took on the amazing challenge of running 100 miles from Squaw to Auburn. Check out Claire’s recap of the day here. For some it was a prior injury that forced them to call it a day, for others it was stomach issues that crippled them to a crawl. No matter what the reason, the important thing is that they recognized there was a problem, addressed whether or not it could be overcome, and then made the right decision to fight another day. Great effort!

Many runners come to this sport for the community, where the winner of the race runs alongside the last runner to the finish line, and the crowd is just as loud for both of them. Western States, with its 1,500 volunteers and countless fans, epitomizes this sense of community. And community seems to be the central theme in each of these member’s accounts from race day. Bill Hunter describes it perfectly,

“Each and every person I encountered on race day made me feel like I was the most important person in the world.”

Congratulations to everyone who suffered out there on Saturday, whether they earned a buckle or not. Unafraid!