This month, we feature DPMR Founding Member Zach Carter, who moved to Truckee and quickly became a regular at the group runs and a volunteer at DPMR events.

What brought you to Truckee, and where were you living before?

I was looking to live in the mountains, either in Colorado or the Sierras, and I found an ad for a computer programming job in Truckee, working for a small startup company at a local Truckee resident’s house. I had been without work, traveling the world and doing races for about a year after finishing up over 5 years of working on animated films for DreamWorks Animation in Los Angeles. I grew up in Ventura and had always lived in Southern California. I wanted to get out of the city to stop wasting time in my car, and the mountains are my favorite places in the world.

I am a software guy, and I put personal life and fun before work. By living in the cheapest place I can find and trying not to buy stuff, I mostly spend all my money on food and travel. I tend to have a fair bit of free time and don’t really struggle to find time to train. I don’t think it’s sustainable because I’m not building a savings but I think it’s ok for the present time in my life, at 30 years old.

When did you begin trail running?

For me trail running began about 5 years ago. I was first a cyclist and road runner, then a triathlete, and then I read Dean Karanzes’s book and Born to Run, and started favoring trails. I now avoid roads like they’re poison, and I run in shoes, but for almost two years I swore them away, running only in fivefingers, lunda sandals, or barefoot. I did a 50k in sandals and a road marathon barefoot. I still like that minimalism for short distances but I found it to slow me down in general and not be good for long distance if you haven’t acclimated to it for decades.

Yes I really love the racing world mostly for the people I meet through it. We as trail runners share a kinship that is greater than any I have found from the various sorts of things that bring people together.

Do you have any dream races?

My big dream is really to do a 100 mile trail run in under 24 hours. I’d like to run most of it and not do too much walking, so I am looking at some of the flatter and less technical races but I think I’m at least a year out from trying again. I tried the San Diego 100 miler in 2013, but it was a brutally hot day, I was injured at the start, and I never bothered to study the course and ended up cutting off a portion of it inadvertently and therefore getting disqualified. Injury has been a reoccuring theme in my running life and it actually pretty much kept me from running for 6 months post SD100. I’m only recently returning to 20+ milers as I’ve made great strides of improvement in strength/endurance/injury avoidance since I’ve been working with Ryan and David from Rebel Fitness, by the airport.

What was your favorite running experience this past summer?

I really loved a 23 mile run I did with Pete Broomhall and Jeff around the Flume Trail area. In the last 1/3rd I ran out of water and started grabbing some snow from small patches that were left and melting it in my bottle. I loved being able to do that. Can’t do that back in SoCal.

What was your most challenging/ character-building experience this past summer?

I got a random offer to join Liz Bauer (current record holder for most 100 mile runs in a year) for her running of the PTL (La Petite Trotte De Leon), co-located with the UTMB out of Chamonix. I only had 1 month notice to prepare for this nearly 200-mile, 90,000 vertical foot, 5 day adventure race. I practiced with a single all-day/all-nighter going north on the PCT from Sugarbowl with a 45 pound backpack. In the race itself I only made it about 90 miles over about 54 hours, but it was a very huge leap endurance experience, and change of pace, doing something that was all up and down, almost entirely walking, with no sleep, and through a seriously brutal rain storm our first night. The hardest part was knowing we were a team and I had a responsibility to Liz to push on to give her a shot at finishing. Ultimately she was able to join another team when I quit, which I did due to legs that were becoming too stiff (at which point in time she said hers felt as fresh as before we started, if you can believe it).

What are your racing/adventure plans for 2015?

I think I will race in La Cortina De Ampezo in the Dolomites, Italy in June, hike the PCT through Oregon, and run a race or two in the 50 mile – 100 K distance, hoping to build confidence to pick and try a 100 miler within the next 18 months. 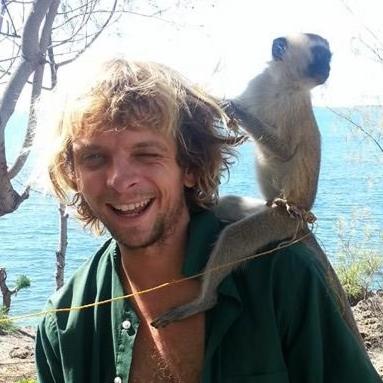 Could you share some of the highlights of your international running adventures?

This year I just visited France for the PTL, Iceland for a hike on the landmannalaugar trail, and Ecuador to climb Cotopaxi. The biggest race I’ve done internationally was the IronMan in New Zealand. Ultimately I’d like to find people to do adventure races with in all manner of landscape and activity from running to biking to kayaking and swimming.

Do you ski or do any snow sports?

Yah I grew up skiing in Mammoth. I got into snowshoeing since moving to Truckee. I’d like to start skate skiing and backcountry skiing. Please, please let there be lots of snow this winter.

The PCT, either direction.

What do you find more difficult, racing ironman or ultra running?

My opinion is that a 50 mile run is about as hard as an ironman (Maybe a little easier). I think a 100k and above starts to get harder than ironman. Indeed the time it takes most people to finish is in line with that estimate.

I heard about DPMR from Betsy while having dinner with my boss and his family at Cottonwood, then I met Pete and Peter and Javier and others at the Bishop High Sierra races in May, then I came to the Memorial Day Picnic and joined the group that day. I was part of the Cal Tri group in SoCal and missed the community. I think DPMR is awesome. I love them and the Big Blue Adventure people and glad to see the various groups collaborating with each other.